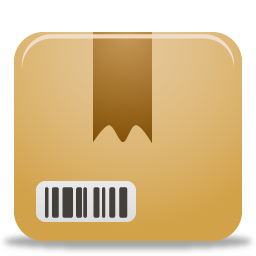 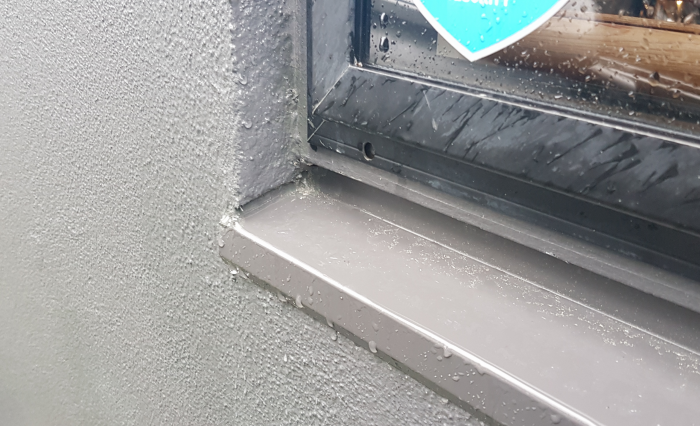 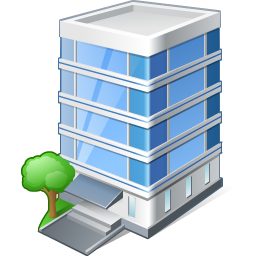 PVC sills removed and upgraded with metal sill flashing with ends turned up.

Make sure the probes are read within 6 months or the first winter following sill upgrade in case the window miter is defective and needs resealing. The sill flashing only deflects surface water, not draw water out from defective window miters.
NB: Generally sill upgrades are done following probe installation and in conjunction with RotStop to ensure framing remains durable after it dries out. 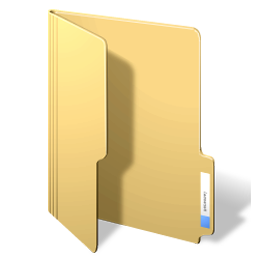 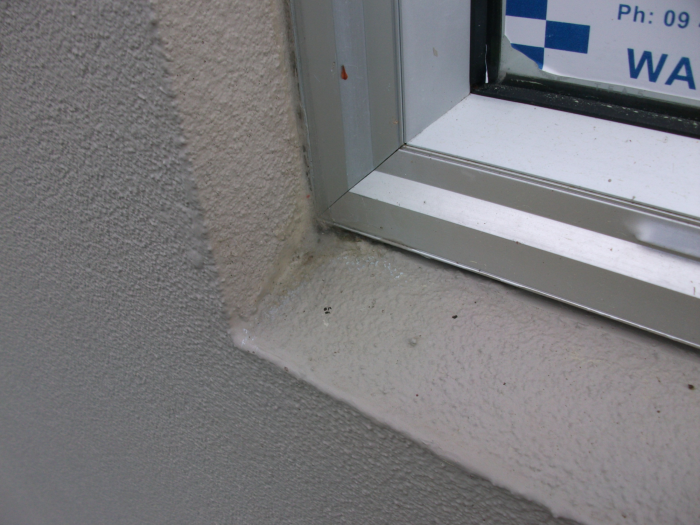 This shows an as constructed 2002 standard looking window sill belonging to the family of polystyrene plaster clad homes Insulclad, Rockote and a few others. The window is set back (recessed) to give a fake impression of solid concrete construction. Underneath the sloped plaster is a variety of uPVC sill flashings. Underneath is untreated timber framing.

This window sill looks smart and maintained BUT it isn't. Its leaking and the framing has decayed. After just 6 years. No tell tale signs. Skirtings, carpets, linings and cladding all looking good with no cracks.

No flashing but well treated framing

This is a common window sill with stucco. To form a deeper reveal the window has been set back onto 50mm battens which increases the window reveal 40mm plus the thickness of the stucco.

The chicken wire showing is the reinforcing to the stucco, hammered down onto the framing which is not ideal. The plaster sill has been formed about 15mm over the sill flange of the window which over time has repeatedly cracked and let water in.

Three things have saved this building. When we invasively tested this home 25 years after it was built we found wet framing and early decay in the outer 10-20mm of bottom plates below windows. Not enough for structural concern but enough of a concern some form of intervention was required to get this building to its 50th and onto its 70th birthday.

Metal sills were installed and it dried out in just over a year. What's unique here is the building nearly had 2 of the 'belts and braces' - treated timber and a cavity. It just lacked flashings. Now these are installed this home does not need a reclad. If the framing was H1 or untreated and face fixed it would be in a seriously damaged state. 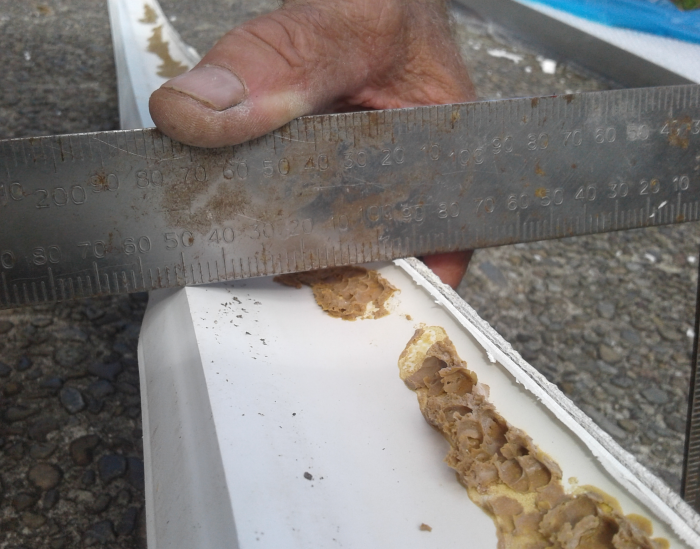 Photo taken of underside of the uPVC sill showing how bowed it has become causing plaster to crack and pressure on corner soaker ripping it apart. This lets water in and wets the framing, insulation, linings and carpets over time.

Applying paint, or more plaster or sealant is a waste of time as the cracked uPVC is underneath. I have tried all these things and found sometimes it worked but most of the time it didn't. I was able to find out as I use moisture probes to check whether the wet framing had dried out. If not more work is needed. Other companies paint, seal or plaster and pretend they have fixed it but after a few years you find out they didn't. Wasted money and extra damage caused waiting to find out.

In this case the framing was treated to H3.1 so did not decay but the insulation, linings, carpets and flooring has become quite wet - even with a cavity.

Cavities work in theory but every window is a penetration through the entire wall system which means water can skip across and in. 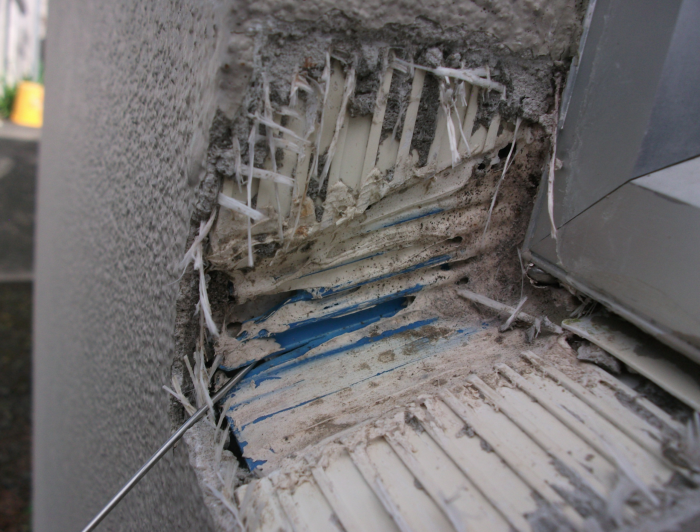 Blue corner soaker is yet another attempt by Insulclad to stop water getting in. Why so many new ideas - because they are all failing.

The issue this time is the 'blue soaker' Insulclad designed to keep the uPVC sill and Jamb water tight was glued with MS sealant. Unfortunately neither BRANZ, Insulclad, Council, builder or plasterer bothered to read the MS Sealant label which stated MS is not compatible with the plastics the Blue soaker was made with. The blue soaker 'melted', became holed and water poured in wetting framing.

When Insulclad did change the glue they went to liquid nails which worked great for a few years and then it lost adhesion. Water now bypasses the Blue soaker.

Unfortunately the wet framing was untreated so decayed. The sill had no signs of cracks. Water was able to get in over the sill behind the window flange. 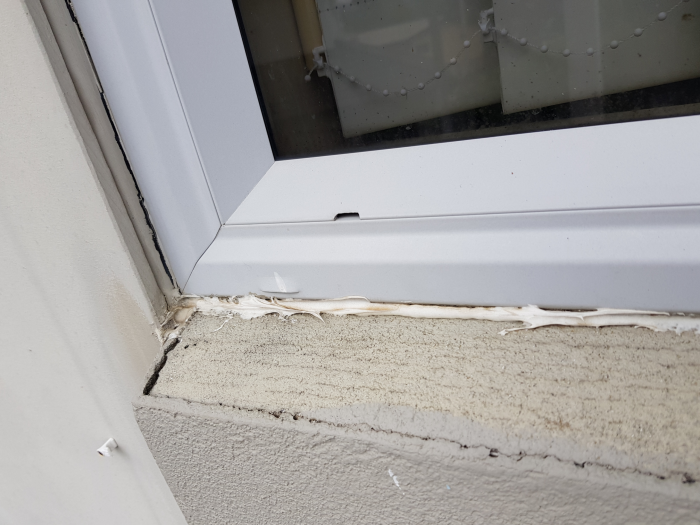 uPVC sills had shrunk back, bowed and cracked.

The parallel cracking follows the lines of the ridges in the uPVC extrusions. Insulclad knowing they had issues with adhesion created ridges along the top of the sills and Jambs intended to provide mechanical compression to the uPVC. Unfortunately the ribs meant the plaster had unequal thicknesses which became weak points which cracked along the length in neat lines. The second problem is the plaster sets up a surface tension like laminating single surfaces which then causes the uPVC to bow. This bowing accentuates the cracks at each rib. This lets more water in.

The actual problem though is the uPVC shrinks, bows and pulls away at the corners ripping any sealant and the Blue soakers apart. A gap is formed for water to enter.

Insulclad has spent a lot of time experimenting at your cost as you now have to deal with the failures they covered up with plaster and paint. Unfortunately these have failed.

In this image the owner noticed water inside so applied sealant themselves along the joint between the window flange and plaster. This was completely useless.

This type of failure exposes the credibility of the construction industry as a whole. Insulclad was backed by a BRANZ Appraisal. Councils accepted it on face value without any testing.

The External Moisture building regulation E2.3 states if it 'could' leak then it is not compliant. This begs the question why so many different attempts and how they continued supplying a product without any formal testing. ie it could leak until proven otherwise.

Like it or not you are the test bed witnessing the failure first hand.

Install moisture probes. At least these provide the test and you will have the facts - is it working or not. 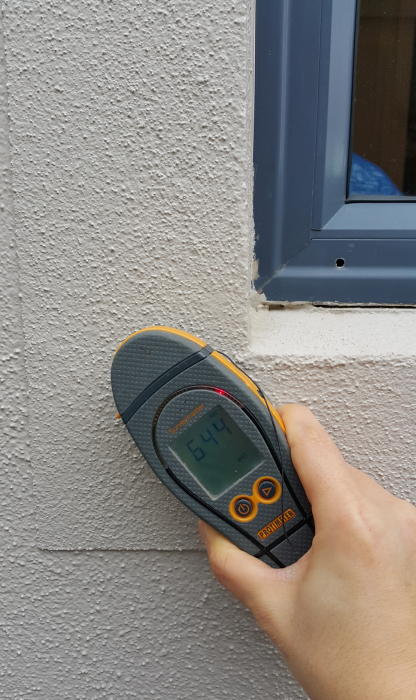 What looks like a neat plaster sill is scanning high indicating wet plaster and polystyrene. No cracks. Recent paint. Sealant sound. But wet.

In summer this would be missed as the plaster would dry out in a week or so.

It pays to get your home tested. Its not all bad news. At least this owner only needed new window sills not new walls. 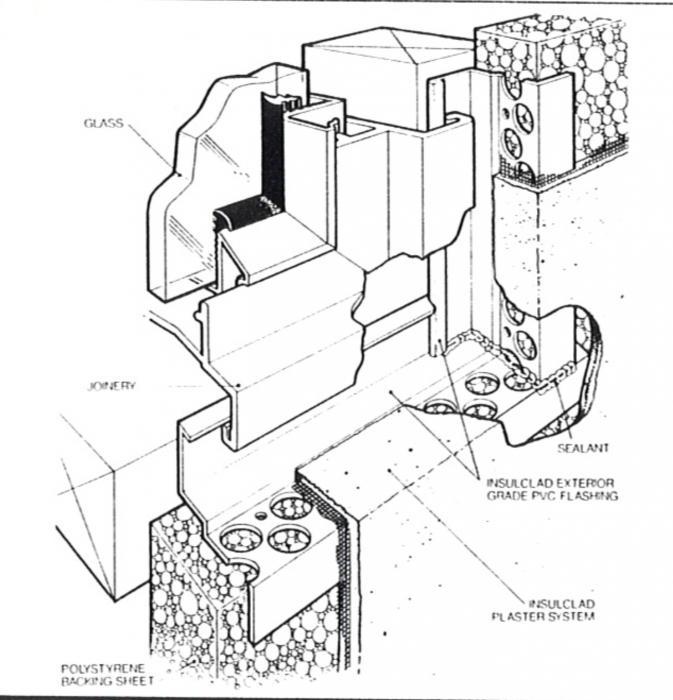 Holes in uPVC for water to enter

What is amazing with this design of uPVC sill flashing is it is stepped and has holes in it. The design expects a plasterer to adhere the plaster using the holes (plaster drops through and anchors) and for paint to keep the bare uPVC and plaster joined together.

This cannot work at the sill to Jamb joint as the uPVC shrinks back, plasticizer breaks adhesion and general shrinkage eventually creates cracks and gaps for water to enter.

Their is no conceivable way this system was ever tested for durability. Durability of adhesion is cyclical temperature and humidity changes over time. I got Stevensons and Levenes telarc laboratories to test uPVC to SBR modified plaster adhesion and it lasted just 2 days out of a 3 month test before it failed.

The Hunn report stated BRANZ had never conducted any weathertightness testing on appraised claddings up to 2002. This cladding system could be on your house so don't expect it to be working. Invasively test now to find out.

If this window had H3 framing and a cavity and used on ground level walls only it may stand a chance. But bring in untreated timber without a cavity, no soffit and exposed to the rain on upper levels disaster is the only outcome.

Showing the uPVC sill as black line covered in plaster.

The uPVC flashing only provides drainage from water running down over the window. It does not collect leakage from mullions or miters. Corner windows are always problematic with miters opening and leaking.

Whilst arched windows may have head flashings when the leak off the ends water drops down and is not collected by the sill, water gets in and rots the framing.

When we had wooden windows they all had full undersill trays to capture all these leaks and push it out over the cladding. This proven method, part of the 'belts and braces' has been lost in translation - plus treatment of framing stopped and ventilation got missed.

Now you own this home, you have no training on what went on over the last 50 years, but are left holding the baby and must sort it out???? 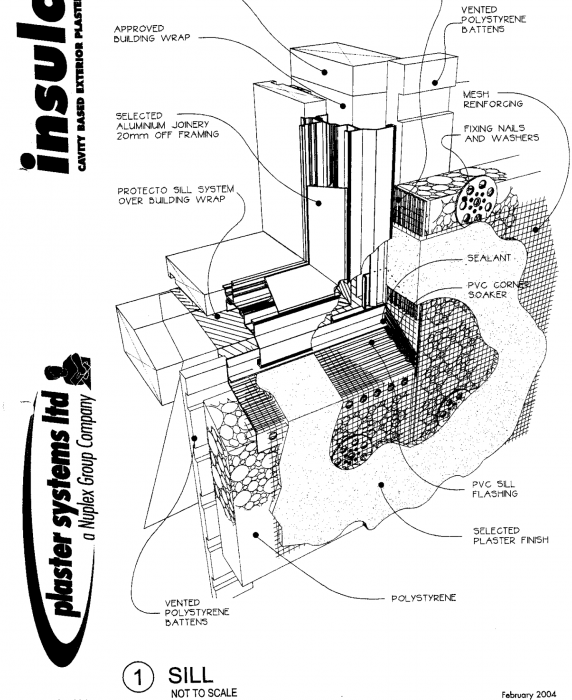 Shows amazing detailing but nothing works.

Just because its pretty doesn't mean it works.

NB: this has a cavity and H1.2 treated timber so whilst it will fail the framing won't rot immediately. It may take 10-20 years but it will given time. 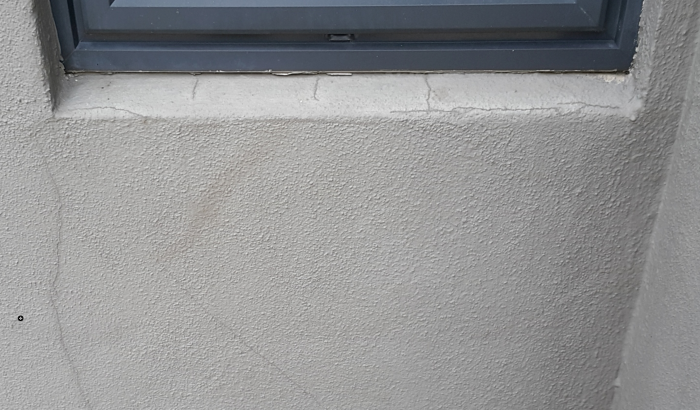 Insulclad began a changeover from having no flashings (1985) to now having a uPVC one. The plaster has no acrylic additives and as it is thin micro-cracks as it sets and ages. In time these become visible. Whilst paint normally covers this type of crack some of the paints are quite impermeable which causes vapour build up beneath the plaster which cleaves off the uPVC (along with the plasticizes) allowing water into the polystyrene and then finding is way into the framing.

This home had H1 boron framing which helped keep decay at bay for a few years but by the time we came to invasively test it we found decay had set in. Plaster removed showing uPVC sill and Jamb. No sealant joining the Jamb to the sill.

The breakdown process is no plaster adheres to uPVC for long. uPVC is extruded which requires plasticizes - which are like soap - which migrate to the surface during aging which causes adhesion loss. Then water gets underneath between the plaster and uPVC and in through the joint, into the cut sheet of polystyrene and into the framing wetting it. Wet H1 and untreated framing decays which is what happened here.

BRANZ Appraised Insulclad but not with this particular uPVC sill and Jamb detail. Arguing who supplied what is of little consequence now. The owner invasively tested to find out how severely damaged the framing had become before they made any decisions on repairs. 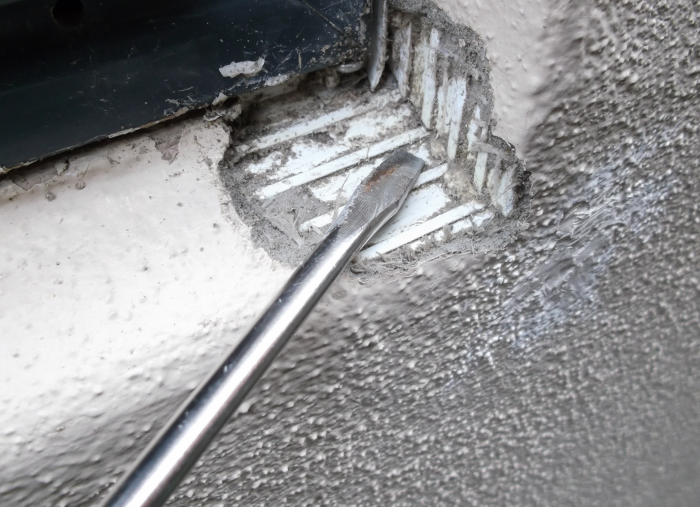 This 2002 home uPVC sills were never sealed. Over time water entered and wet the framing.

BUT this home had LOSP Tin treated framing so had no decay.

All that is required is to upgrade the sill flashings as part of maintenance. Invasive testing showed things were not as bad as they could have been. 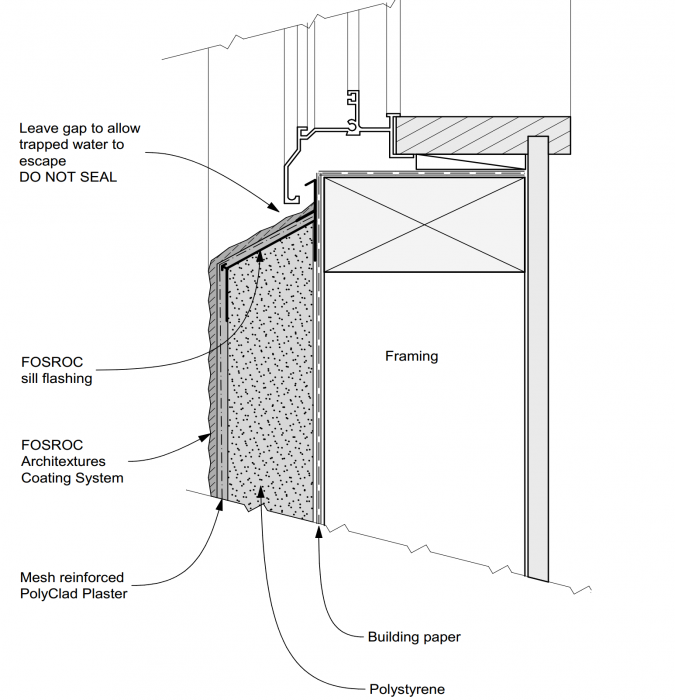 It was not just Insulclad making mistakes. As Insulclad was an established player with BRANZ Appraisals everyone thought they could simply copy what they were doing and all things being equal it would work.

BRANZ just proof read the competing companies specifications and blindly issued yet another appraisal. Councils blindly accepted them. Specifiers knowing council would accept them then specified them. Builders just built what they were told to and as they were approved and they got paid kept doing it.

But copying dud technology does not work well. Fosroc meet the same fate.

The detail shows the uPVC sill flashing (dark black lines) embedded into the plaster relying on plaster to uPVC adhesion which failed.